What if nobody listened? 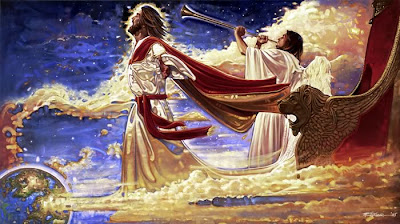 I was having random thoughts earlier, about two films that came out over the last couple of years: Knowing, and 2012. Both of them have christian symbolism in, both of which are integral to the plot, Knowing has; angels, the Garden of Eden, and an Adam and Eve type in the little boy and little girl. 2012 has a cataclysmic global flood, and two 'arks'. Then I thought, neither of them (apart from blasphemy - and of course we have the two old people in Knowing who are 'christians' - well catholics) mention God. I then posited that these are essentially biblical tales rewritten to take God out of the picture.

Naturally this led me to think, what if God did judge the world, and nobody knew it, and it just seemed like a natural disaster, everyone had turned away from God, and not a person on Earth was Christian? Would this matter to God, would he need us to be Christian? What if nobody cared about God or listened to his gospel?

These thoughts intrigued me as a I thought back to a methodist meeting I attended last year, shortly before I left that church, I remember somebody saying that we needed to adapt and change because people are leaving the churches - essentially parroting Rick Warren. There is this big worry - especially in the arminian quarters - that christianity is going to die out, as ridiculous as this idea is, they think that there used to be lots more christians, and now suddenly in this modern age there is lots less.

This isn't necessarily the case. It's a myth, you see, nowadays the folks who attend churches tend to be the more ardent christians, these are the younger folks who will appear unfashionable, and will get mocked, or patronised for going -and thus MUST be more faithful than the people who had no faith and simply went in the past because it was "what everyone did". I hope you get what I mean here. The problem we have nowadays in the church is that we treat our congregations as commodities, we need more people coming in, so we have to change, adapt, become more relevant, be less biblical to get more people in. We need to speak to what matters to people today, who cares what Paul used to say, lets say this now. Which - isn't necessarily a bad thing, and some of the modern stuff is okay, theres no problem with a Pastor helping his 'flock' emotionally, dealing with life problems in his sermons - there is definitely a place for that. It doesn't all have to be Hell fire and damnation, because thats not how any of the apostles talked - but the issue is that as this stuff comes in, the gospel seems to go out.

So what if the gospel left every church in the land? What would make us so special that God would spare us judgment? We know this judgment is coming, so why do these films remove God? Why are they such charming precursors to what may just happen? Solar Flares could be fire from heaven, angels coming and taking people away is most definitely a pre-wrath rapture, earthquakes, volcanic eruptions, all are predicted in revelation as signs of God's wrath. Strange.

Think about this though, God has plenty of people from all ages of history, he has saved hoardes of people from the age of Adam through to the age of Mark Driscoll and the Reformed Baptists. Even if the entire world decided God was dead and danced on his grave, the New Heaven and New Earth would likely be filled with hundreds of millions if not a couple of billion people, if we were stingy (or realistic) and said that catholicism is a broad way that doesn't lead folk to salvation, there is only approx 480 million professing christians in the world today, add the catholics on and that would be 1.5 billion.

As a calvinist, I don't think we really have that much of a choice though, of course God does not force people to love him, but he also wouldn't abandon us. There is a time when people will truly hate God, and be so deranged that they think that they could fight him and win. I can't understand why that would ever happen, but it will. Even more insane is that even when Jesus is here ruling from his kingdom in Jerusalem, with absolute proof that God is real, people will still be deceived by Satan and go to war.

But to answer my own question, what if nobody listened? then one of two things could happen, God could make us listen, or he could shrug his proverbial shoulders and move on.

This takes me back to the time that Christopher Eccleston played 'the second coming' (in the show of the same name) of Jesus  on ITV in about 99. In that show the world decided it didn't want God, so they told him to go away, and he did! That show treated it as a victory "now we just live for today, and seize every moment, no heaven no hell" - thats paraphrased. Imagine a world like that. What awful meaninglessness there would be, it was treated as though life would be better, but would it? To go from eternal life in blissful peace and harmony with an infinite being to nothing but life working in a supermarket for 40 years before a slow and painful death in a care home, then nonexistence. It sounds awful to me

I theorize that about 10 years after they told God to 'do one', they destroyed themselves in a nuclear war from the absolute despair they felt upon the realization of their error.

Still, the films and the TV show are revealing, it shows that Hollywood is aware of what is to come, and the TV show reveals the idiocy of denying Him. Whether the writer knew it or not, the denial produced a bleakness, they tried to make God seem petty and small, but I doubt that God would have ever left - for precisely the reason I raised about, God has billions of people throughout history who have loved him, and what one generation says would be irrelevant, God never made us any promises, this generation only receives its blessings for the sake of those previous ones, and what the writer of "The Second Coming" - Russel T Davies - failed to recognize is that God gives us every breath we breath, even our very life force. He would have done well to have ended that show with everyone suddenly falling to the floor dead - as that is what would have happened, the universe would have burned up with fire, the sun exploding, creation itself crumbling into nothingness. The fact they were alive indicated that he didn't leave. Of course Davies would love there to be no God - no God = no judgment, and I think thats what the guy was getting at.

I would suggest watching that TV show, there are torrents of it around somewhere,

I also hope you enjoyed this rant. Just remember something, God does not care what anyone else says, he cares what you say, no one can make him leave you, even if every other person on this planet says "I hate God", stand your ground, stay true to the faith - and let no person deceive you.

If nobody listened, life would go on as normal, it would just mean a generation would miss out on Eternal life.