I was just sitting here on my computer, minding my own business - and then I heard "Jesus Christ!". Not in the good way either. Turns out my dads watching Graham Norton, and Chris O'Dowd is telling a joke. If I wasn't attuned to that holiest of names, I probably wouldn't even notice and would laugh at the joke. End of typing this sentence I hear "Oh God". Yes its still on, and I really want to rant. The idiots are propped up on TV, and our kids watch these shows - they do whatever you say - and repeat blasphemy and curse words as if its normal. 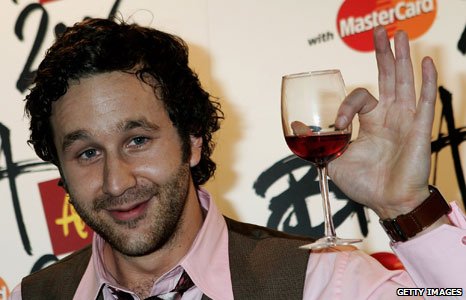 I will admit before you all that I am a sinner, I struggle with lustful urges, I gossip, and in my past I have used the Lords name in vain, and short of murder broken most commandments. I have even encouraged others to sin before. I am repentant, and with the grace of Jesus Christ my Lord and Saviour I am saved.

So being short of self righteousness, I have to be dismayed that on an hourly basis, the TV invites itself into peoples homes and blasphemes, swears and distorts people's minds. I dont think its a sin to watch TV, but its certainly dangerous to allow this stuff to enter your minds. Believe it or not, what happens on TV isnt real, and doesnt matter ONE IOTA. Even the news, what happens in other countries doesnt matter. Imagine not having a TV, not reading the paper, not listening to the radio (short of christian radio) and having never heard about the Japanese Tsunami!! Imagine. Your entire focus shifts, from whats happening somewhere else that you have no influence over, to things that truly matter. Family and homelife, You can stop emulating fictional characters on TV, you can develop your own personality. You become healthier because you aren't sitting there vegetating. You can begin to form your own opinions.

This is the truth of television, a shifting of focus from your own lives to the lives of people elsewhere who mean nothing to you. Inputting data into your mind that you dont need, occupying your conciousness, forcing opinions on you whilst making you believe theyre your own. Suddenly you hear yourself saying "Brucie's on!!" or "Go Simon, you tell it like it is". (I bet those of you from the UK and US may know who I mean). Its my dream to one day live in a house/flat without a TV. I can watch what tiny amount of programmes without the rest of the day being spewed with the news and trivial shows that are meaningless. TV is oppressive, and my neck will feel so much better when I stop shaking my head in dismay at this trash. Finally I wont have so many buxom blondes in skimpy clothes teasing me from 300 miles away via technology. LOL

I wont have news shows lying to me I wont have comedy shows trying to socially engineer me. I know some people are all pro-gay, frankly, I don't care what people do, and before being saved and my repentance - I went to gay clubs with my work, and have also drunkenly kissed another guy. I have repented of it and its over with. All these shows, are prime time, and push this on children who are viewing it as normal. Whats even more scary, all these gay relationships are shown as being more loving and more sincere than "straight" relationships. In Coronation street the lesbians are supposedly CHRISTIAN, and are okay cos they work in a homeless shelter (apparently they can be christian and have a lesbian relationship because they do GOOD WORKS). You couldnt make this stuff up. TV will often push works righteousness, they never push faith in Jesus Christ, blood of the lamb, Christians are always people who do good works on TV. They give skewed ideas on christianity (usually along with catholicism and piety for good measure) in order to alienate as many potential christians from following the true faith. Look at Dot Branning in Eastenders - the only christian in the show as far as I'm aware - haggard, smokes like a chimney - had nothing but suffering in her life (still thats standard for most characters in Eastenders these days) Shes shown as a doddering old woman who quotes bible verses, old, outdated, same hairstyle for 30 years.

you want a trend - create it - promote it.

People will always follow TV, and those who dont watch much TV will either find it in magazines or find out from their friends. Its likely that whatever the mark of the beast is, will be promoted on TV as something revolutionary. My feeling is that credit cards, which you once swiped and signed, you now insert and enter pin, and soon will just RFID, will evolve into a chip that you put under your skin. It will replace cash completely. Working in retail, its something I have seen, I started my job at the advent of chip and pin, it was slow blustering system..today its processed in 2 seconds. enter pin, press ok, 2 seconds theres your receipt. Chip and pin was advertised on TV as being...REVOLUTIONARY. Sadly I cant find the old ads on youtube. But I can find the ads of today and the beginning of RFID technology being pushed on the public.