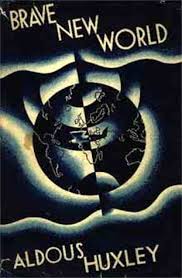 This is your hedonistic slave future and heres how:

Ever wondered why every hollywood film has certain swear words in them? Why are they needed? What do they bring to the fore? Does every American speak like this? It doesnt seem like a natural way to speak, of course we've all said "fuck" when we've hurt ourselves..but why does EVERY Hollywood film have alot of:

-God damn it! - usually as much blasphemy as is possible.
-shit used as every grammatical form
-copius amounts of fuck whenever possible
-lots of ass shots, usually you wont notice, but theyre there.

In fact, watch a film from the 30s, 40s, and 50s - see if you can follow what theyre talking about - check for blasphemy or swear words (now hollywood wasnt innocent then either, but its an interesting comparison). The entire premise and format of the movie is different; including filming styles, camera angles, editing and most notably the expected intelligence of the viewer. The actors speak so quickly you struggle to comprehend what theyre saying -Thats not their fault, people ACTUALLY used to speak that quickly, even "dumb" americans. its only since the chemical bombardment and increased devaluation of intelligence that [all] talk as slowly and are as emotionally unstable as we are.

But yes, onto hollywood and its use of bad language. Ask yourself if it adds to realism, I would imagine you would say it does, I mean, if your fighting in a warzone, or being chased by a serial killer, or have the weight of the world on your shoulders you would swear, right? but why?
could it be that you swear because hollywood has programmed it? yes, people didnt used to swear, but they do now, and usually swearing is words describing base functions and just think, since the advent of swearing in movies and on TV, we have all begun to swear a hell of alot more..no self respecting man in the 50s would tell his wife to eff off, or would stand out in public pissing up a wall, or acting like a 12 year old..or blaspheming (they would NEVER blaspheme!.

here is what swear words in movies are referencing:

So what value does this add to the movie? I would argue that the reason so many people swear nowadays is because its been glamorized and programmed in the media. I would also argue that the lack of vocabulary possessed by the majority of people is also caused by movies, tv and media, most films have the same language, just redefined. Whats interesting is the "look at that ass" most people say now, as if a woman is a walking ass, I remember watching films like American Pie and Road Trip, in fact most teen comedy films have MASSIVE focus on the female ass and thus Its quite funny really that men spend more time trying to sodomize a woman than actually have sex with her nowadays, without realising its because they dont have a mind of their own.

So why all this? why are all hollywood movies now violent, aggressive, depressing fares?

Tp program you..why all the alien invasion movies, why all the end times movies? to program you to react a specific way, JUST IN CASE. If martial law was ever implemented due to some kind of externalised threat, I guarantee there would be looting, its the most pointless exercise ever (steals TVs when the power is out) but everything from movies to TV documentaries says that if there was a crisis there would be looting - therefore I can guarantee there will, and what would follow from that is a culling of the population.

Hollywood is predictive programming, its packed chock full of subliminals (behavioural instructions hidden from concious acknowledgement) and superliminals (hidden in plain sight but usually undetectable due to zombification caused by all that ACTION) that sit there in your mind just waiting for the right situation to pop up and begin working away.

To put this simply, humans are imitators to the highest degree, so much so we dont even realise we are doing it. We watch a movie and soak up all the behaviour, memes, language etc so we see someone robbing a bank, we find the person we identify with most and imitate, so if we see everyone in the bank lie down disarmed begging for their lives, we remember that behaviour, and even if you see the protagonist fighting the robbers off, we may conciously believe thats how we would behave, but the subliminal programming is there, we were told to disarm (lie down and shut up) without realising it.

Just like those ass shots that creep into movies during every sex scene (ass = sex)and also not, you will notice shots usually sweeping shots of landscape that start at the buttocks and move round...or the use of swearing, we dont realise we're doing it, or we imitate to fit in. Its also why we see more men with their tops off than women..think about that..why can men take their tops off but not women? whats the reason for this social convention??
we will never know but i can assume its not got our best intentions at heart.

The agenda is this, make men effeminate and weak (so they're no longer a threat), make women bi-sexual (decrease population), and eventually make men obsolete as childbearers to the point where the state is totally in charge of reproduction. Now this can be done at gunpoint or it can be crept in via chemical bombardment and media programming. the easiest way in the long run is the latter and that is the plan.

So why swear words? well, those words are used all the time by the masses, and are mostly used in their correct contexts, the reason those words are used (f*ck shit dick etc) are to make you think about sex, think "fuck you!" around death "fuck you! " in anger, association. shit is used constantly as the fecaphilia agenda pushes forward, the more accustomed to it and disarmed we are, the easier it will be for men to pursue each others "asses" rather than those of bi-sexual "liberated" womens.

Hollywood has already declared its actors as gods, "stars" were once nightsky objects that held massive religious significance, the mystery religions (obviously still do) and tribes worshipped constellations that were given names and are still known today. So how convenient that celebrities are also known as stars, and that Morgan FREE-MAN plays God in that God-awful movie Bruce Almighty.

everything has significance, and the transhumanist sociopathic homosexual agenda goes much further than this, but if you read this post all the way through, next time you watch a big hollywood blockbuster, ask why theyre swearing, why theres so many shots of buttocks, and why do they keep saying "God Damn It!"

laurenx said…
This is so interesting. I hadn't thought about this before. I swear alot but never thought about where it originated from. There is alot of it in the movies and I certainly think it has been programmed into us. It's probably because the words work the same way as subliminals do.
6 September 2010 at 00:07

laurenx said…
Edit: I posted too soon. You mention their affect as subliminals. You are spot on.
6 September 2010 at 00:10

Christopher Haywood said…
thank you lauren :) always good to hear from you!

... said…
This is a really interesting post. I love my movies and write reviews. However, since beginning to look into the whole MK Culture and Synchromysticism (!) I have become jaded as I realise the whole brainwashing agenda in front of my very nose! Yes, you are right, the language is purposeful. All the UNnecessary bad language that suddenly creeps in and becomes the 'norm' as well. I was made fun of by someone on another blog for using 'programmed into me' words and phrases. Although the same people also use other words they have picked up from others who probably picked them up from the media (usually an idol of somekind which they mimic from an early age) And the popular TV programs just reinforce these words - there are words you use to sounds cool or whatever - and words you use to abuse another...so we are all brainwashed and don't even realise/see it until it is pointed out to us in this way.
Well done with this post!
Marty/MK
20 September 2010 at 21:46